As you know I spent many hours at the Southwest Elementary early voting site, wearing my Obama pin, showing a sample ballot to the voters waiting in line and handing them information on the judges endorsed by the Democratic Party (who all just happened to be Democrats, although the judicial races are “nonpartisan”). On weekends I encouraged them to go have their picture taken with Obama, (who, we told voters, had just flown in and was “stiff as a board”). The mood at Southwest Elementary was festive. All but a few people seemed excited to vote and were humming and singing when they left the polls. I was certain that the few who were grim going in and grim coming out were Republicans. But I tried not to be too optimistic. Yesterday the newspaper had the results from the early voting sites. At Southwest Elementary Obama got 15,379 votes. McCain got 3,293 votes. That is a difference of 12,086 votes. The unofficial returns (which don’t include the provisional ballots which are yet to be counted), report that in North Carolina Obama leads McCain by 13,746 votes. Take away our early voting site and the results are REALLY close!

I am attaching pictures of Grandpa and me with Barack, and one of me as I did my campaigning. 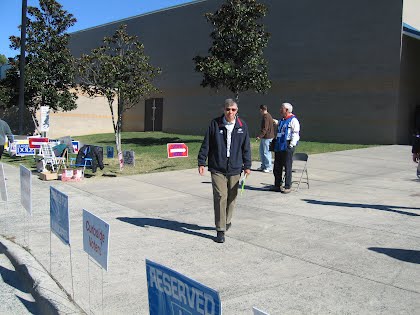 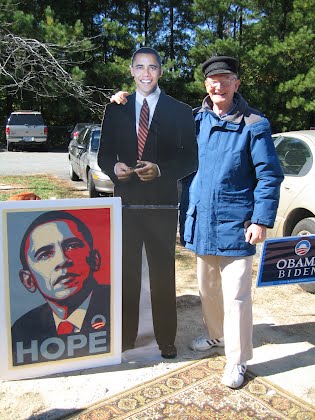 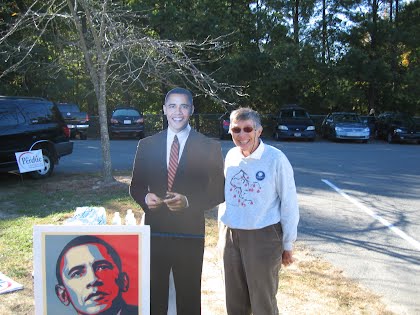